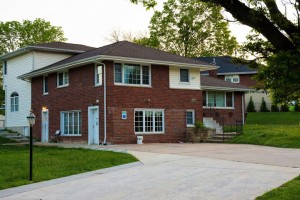 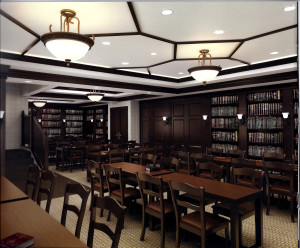 Amongst the many unique attributes of the Baltimore Jewish community, perhaps most notable is the reputed achdus and Ahavas Yisroel that reigns within the broad spectrum of Jews who call Charm City their home. Perhaps because of this remarkable unity, Hashem has blessed the Baltimore community with even greater proliferation and growth, broadening and amplifying its distinctive harmony among diversity.

As young pioneering families began migrating beyond Greenspring, there was an acute need for young and dynamic leadership and a spiritual focal point for this emerging neighborhood.” A growing number of people on this side of town were looking for more than just a place to daven and learn,” says Dovid Charnowitz, co-President of Mercaz. “They had a vision for a warm, vibrant ‘community center’ that would offer davening, shiurim, Shalosh Seudos, Daf Yomi with festive Siyumim, Avos U’banim, and more, as well as serve as a bastion of chesed, all under the same roof. They sought a strong, personal connection with their Rav and all the chevra; a true sense of belonging.”

In the fall of 2010, Mercaz Torah U’Tefilla, under the leadership of Harav Yissochor Dov Eichenstein shlit”a, opened its doors in modest quarters on Baythorne Road. Harav Eichenstein is a native of Chicago, where his father, Harav Yehoshua Heschel Eichenstein the Zidichover Rebbe, has expanded the kehilla built by his grandfather and namesake, the first Zidichover Rebbe of Chicago, to include more than 50 different programs benefiting the city’s residents with services ranging from convenient to critical.

“My connection with the Rav goes back to his father, shlit”a,” says Dr. Michael Elman. “The Eichenstein family vision transformed the community in Chicago, and we have already seen the same kind of transformation unfolding here in Baltimore.” Beyond just rabbinic pedigree, the Rav has a unique menorah of the classic definition of a kehilla, as an all-encompassing entity that nurtures and cultivates every aspect of its membership’s growth.

“The shul quickly became the center of attraction,” says R’ Hershel Boehm. “The name Mercaz Torah U’Tefilla, says it all – a focal point for learning, davening plus even more. The Rav is a highly dynamic and very likable, a great influence on the young couples who live in the area. People truly enjoy and gravitate to this exceptional magnetism and captivating personality, and feel comfortable consulting with him on life issues such as chinuch and the like. His influence extends beyond his own kehilla, fostering achdus all across the greater Baltimore community.”

Tailored Tutelage: Mercaz’s Array of Shiurim Offer Something for Everyone.

A brief glance at the shiurim schedule at Mercaz would have one think that this is perhaps a longstanding congregation serving hundreds of families. Seven Daf Yomis, numerous Kollelim, lyun Shiurim, Gemara Shiurim, Halacha Shiurim, Hashkafa Shiurim, as well countless pairs of chavrusas arranged by the Rav in the Shul’s all-day open Bais Medrash.

The highlight of the roster of shiurim is the Rav’s Sunday Morning Halacha B’Iyun shiur. This well-attended series examines a fresh subject each week, tracing the halacha all the way from its roots in the Gemara to its practical contemporary applications.

Rabbi Berish Kipper, eighth grade rebbi at Yeshiva Chofetz Chaim Talmudical Academy, serves on Mercaz’s Rabbinic Advisory Board. “The variety of Daf Yomi shiurim,” says Rabbi Kipper, “allow people to choose a time and learning style that they can best connect with. For those who prefer learning be’iyun – in depth – there are chavrusas, and several roshei chaburah to facilitate this type of learning. The Rav stresses the importance of ba’alei battim having a proper setting that is geared to their pace and style.

“This is part of the overall vision of a shul as a warm and inviting place where every person feels a certain sense of importance and a sense of belonging. The various minyanim throughout the day help ensure that everyone can make tefillah b’tzibbur, but the shul is by no means a “minyan factory” where one grabs a minyan and continues on his way. There is an overriding sense that this is your mokom -your place for spiritual growth. One who misses a day, can expect a call from the Rav to check if everything is all right. Harav Eichenstein is a very warm and embracing person. The chashivus he gives to every person gives them feeling of being an integral part of the shul.” 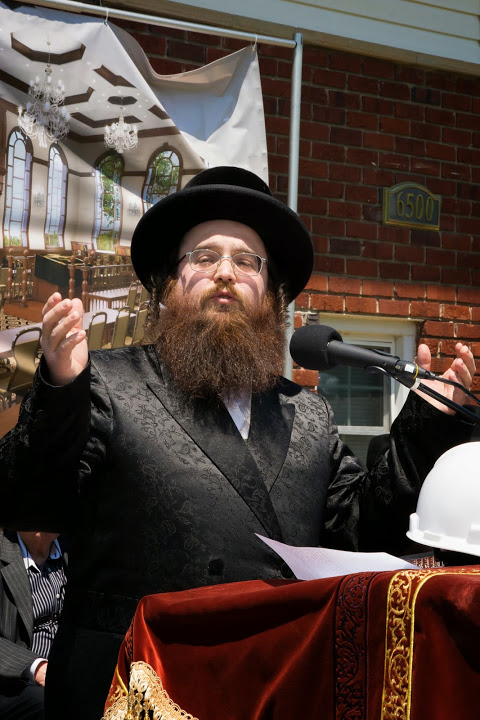 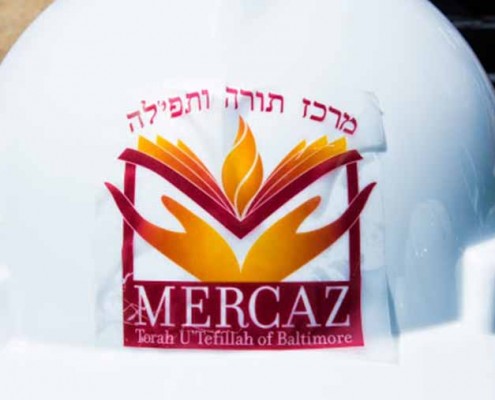 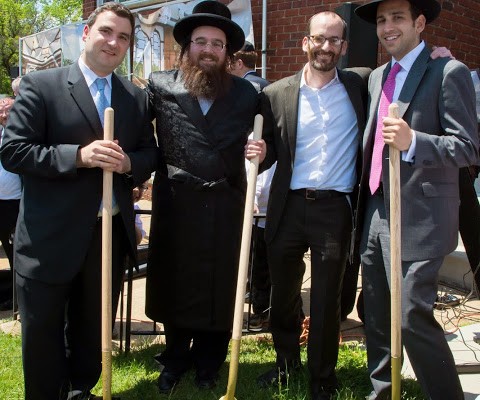 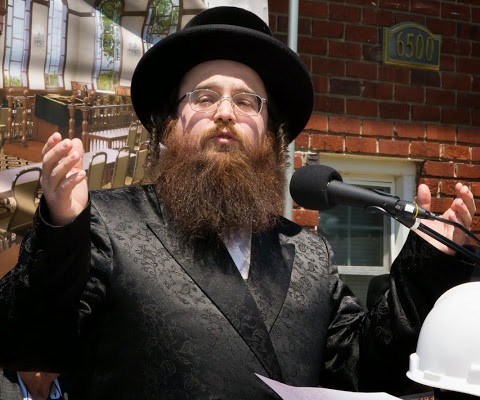 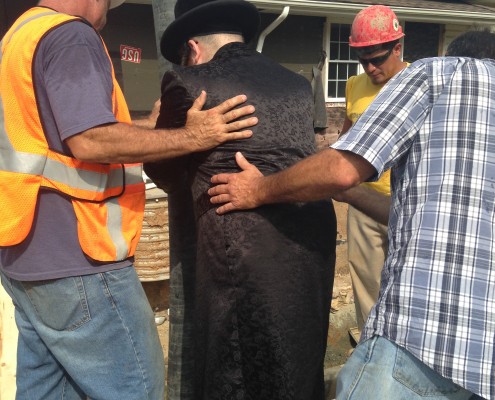 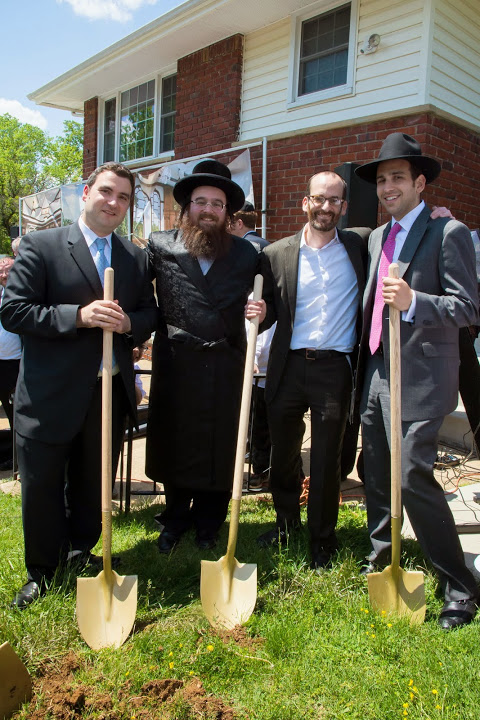 A Letter from the Co-Presidents

Since its establishment just over three years ago, the kehilla has been a catalyst for spiritual growth for its membership and for virtually anyone who visits the shul. The strength behind this phenomenon is, of course, our dynamic Rav, Harav Yissochor Dov Eichenstein shlit”a, whose warmth, caring and engaging personality not only nurtures one’s desire to learn and to grow, but also provides opportunities and resources for each individual at their level. Whether it’s a new shiur or one-one-one learning, the Rav is dedicated to each and every mispallel.

A musmach of some of the foremost Gedolei Hador, the Rav Shlit”a’s erudition in all areas of Torah and Halacha is augmented by a gifted oratory and pedagogic ability. Harav Eichenstein’s synthesis of Torah proficiency and contemporary acumen is reflected in his illuminating shiurim and decisive piskei halacha. Another key factor, also initiated and fostered by the Rav, is the welcoming atmosphere of the shul; an environment where Jews from across the communal spectrum feel comfortable and at home in the shul’s warm embrace.

It is our goal and our vision, under the leadership and direction of the Rav and with continued Siyata DShmaya, to broaden and expand our horizons so that Mercaz Torah U’Tefillah can accommodate even more people with ever-greater opportunities to grow.

What others say about us 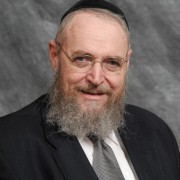 “With his dexterous blend of warmth and tenacity, Rabbi Eichenstein elevates his mispallelim to levels in Torah and Avodah they would never have dreamed of attaining. His unique approach provides them with just the right tools for their growth, wonderfully enhancing the distinctive achdus that has always characterized the Baltimore community.” 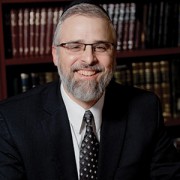 “Rabbi Eichenstein is an exceptionally dedicated Rav, who has made himself available as a resource and support to countless individuals and families in the community in the short time that he has been here. His love of people, love of life, and love of Yahadus makes a tremendous impression and draws in many to have a stronger sense of a community and a shul they can consider their home.” 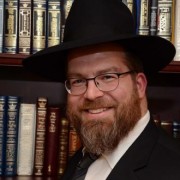 “Harav Eichenstien has created a revolution, a vibrant makom in the Baltimore Kehillah where people can be connected with each other and connected to Hashem through Torah v’avodah.” 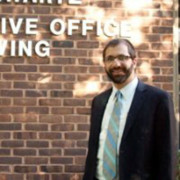 “From the Rav’s highly attended early Sunday morning in depth Halacha Shiur, offering guidance on contemporary halachos, to the myriad of shiurim and chaburos that he meticulously coordinates, the Ray is committed to each person’s aliyah.”